Ethiopian Airlines has begun flying flights with fully immunized crews against the Covid-19 virus. In view of the current pandemic that has wreaked havoc on the aviation industry, the flag carrier said in a statement that flying with fully vaccinated crew is a critical step in keeping passengers and crew safe.

The airline emphasized the good impact of the recent increase in the number of passengers traveling for business and tourism, which has been bolstered by global vaccination confidence.

“Since the pandemic broke out, we have been laser-focused on ensuring the safety of our employees and passengers, and this is yet another testament to our unwavering dedication,” it stated.

The airline claims to have purchased and imported over 37,000 vaccination shots for its employees and stakeholders.

Ethiopian Airlines has been following Covid-19 preventive procedures to the letter, including establishing its own testing and isolation center and digitizing its operations, among other things.

The national carrier has been at the frontline of the fight against the pandemic, transporting vital medical supplies and vaccines around the world and repatriating stranded passengers.

The airline recently opened a high-end Covid-19 testing lab at Bole International Airport in Addis Ababa to make testing easier for travellers departing or transiting through the airport.

Since the emergence of the Covid-19 pandemic, the East African airline has continued to fly and generate new business, and the A350-900 is a part of that success.

According to aviation industry estimates, 60 percent of the world’s fleet was grounded in 2020 owing to the consequences of the Covid-19 epidemic on air transport. The impact of the epidemic became apparent in March 2020, when the number of flights fell precipitously as a direct result of a decline in customer demand.

The majority of companies reported enormous financial losses, making 2020 the most financially disastrous year in the aviation industry’s history. Ethiopian Airlines was one of the few airlines that remained “cash positive” at this time.

Ethiopian began operating its first cargo-only flight aboard a passenger aircraft in March 2020. The Addis Ababa-based carrier made the critical choice to convert a portion of its fleet to carry cargo rather than passengers for the time being. Since then, the company has increased its cargo operations capacity.

Ethiopian was able to handle the growing freight demand because to its amazing adaptability at all levels of the firm. Tons of masks and medical products, as well as industrial products and goods like mobile phones, IT equipment, and apparel, were transported by its “preighters” — passenger planes with cargo in the cabin.

Ethiopian employed its full A350-900 aircraft for freight operations, which is unsurprising. Seven of the company’s 16 extra-wide-body planes have been converted to freighters, with all economy seats removed. The remaining nine seats are used for people or luggage loaded on economy seats. As a result, all Ethiopian A350-900s were able to continue flying throughout this time.

The East African carrier has reaped the full benefits of the Airbus aircraft’s outstanding ability to fly with a 99.5 percent operational reliability. The A350-900 is a really cutting-edge aircraft, with advancements in flight controls, systems, and wing design. These advancements have a substantial impact on operations, maintenance, and efficiency, implying that the airplane burns less fuel, saving money and lowering its environmental impact. The aircraft’s cost per seat is the lowest in its class.

The A350 reaches new heights in terms of efficiency and durability while also proving to be extremely adaptable. “The A350 interior layout is built on the principle of “simplicity by design,” with space efficiency onboard being a fundamental factor,” says Mikail Houari, President Airbus Africa Middle East. “The 221-inch cross-section, straight sidewalls from floor to ceiling, unrivaled ceiling height, and minimized tapering provide unrivaled parcel loading space. The entirely flat, horizontal floor and recessed rails, which were originally designed to improve passenger comfort, are especially useful when the aircraft is in cargo configuration.”

The A350-900 has been critical in the airline’s effort to weather the storm for all of these reasons. “Please accept my heartfelt congratulations on Ethiopian Airlines’ outstanding performance throughout this historic pandemic. Let me also express my delight in seeing the A350 play such an important role in this success,” Mikail says. 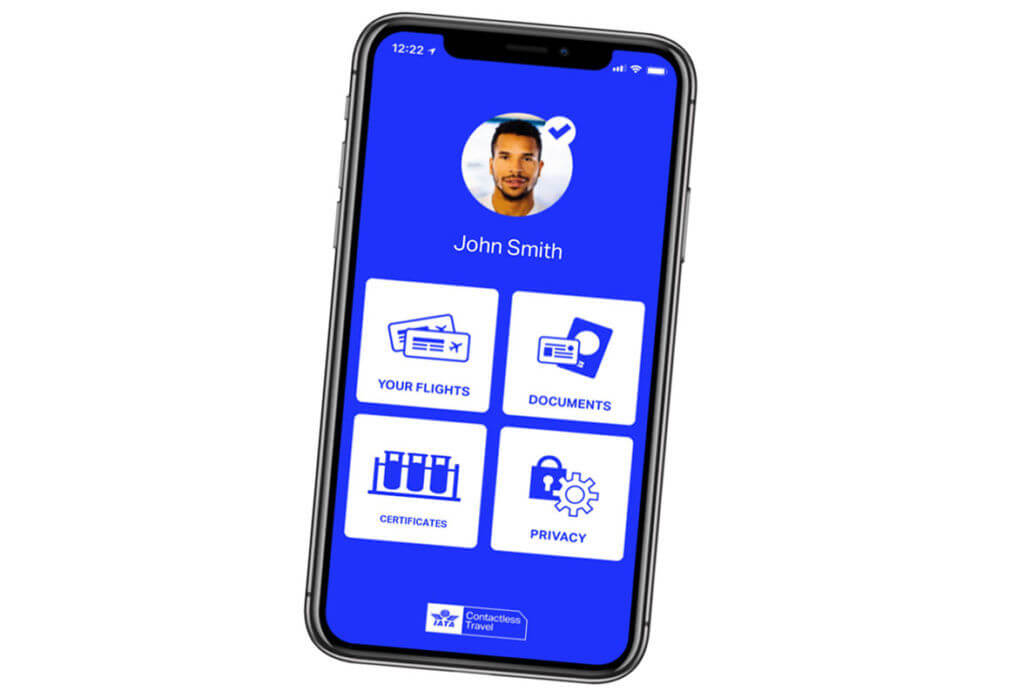 Travelers will need accurate COVID-19-related information, like as testing and immunization requirements, once travel resumes. The IATA Travel Pass program assists in verifying the authenticity of test information supplied by travellers, which is critical for guaranteeing passenger safety while adhering to country entry rules.

Ethiopian has gone digital in all of its operations in order to prevent physical touch and battle the spread of the pandemic, and now it is launching this program, which will provide customers with an unrivaled flight experience.

Mr Tewolde GebreMariam, Group CEO of Ethiopian Airlines, stated of the IATA travel pass trial, “Digital technology is important to eliminating many of the difficulties that arise from the pandemic.” We are pleased to provide additional digital options to our passengers in order to fully and safely resume air travel. With their travel pass digital passport, our clients will have a more efficient, frictionless, and secure travel experience. We are the first African airline to trial IATA’s travel pass program to facilitate travel as a safety-first airline. The new endeavor will boost traveler trust, urge governments to reopen their borders, and speed up the relaunch of the business.”

“Ethiopian Airlines is once again demonstrating its leadership position in Africa by becoming the first airline to execute a live trial of IATA Travel Pass,” said Nick Careen, IATA Senior Vice President for Airport, Passenger, Cargo, and Security. The study will assist governments and travelers gain trust that digital health apps can help resume aviation in a safe, secure, and convenient manner. The software serves as a one-stop shop for travelers looking to comply with the new travel regulations. And for governments to have complete confidence in the passenger’s identification and the validity of the travel documents submitted. We urge African governments to speed up the acceptance of digital health certificates for cross-continent travel.”

The Travel Pass will assist in the creation of a digital passport, the receipt of test and vaccination certificates and verification that they are enough for their route, and the sharing of testing or vaccination certificates with airlines and authorities in order to expedite travel. In addition to avoiding fake documentation, the digital travel software will make air travel more convenient.

April 8, 2021, Ethiopian Airline Organization, the largest Pan-African aviation group, celebrates its 75th anniversary. On April 8, 1946, Ethiopian Airlines flew its first international trip from Addis Ababa to Cairo. Since then, the airline has grown to become Africa’s largest, most profitable, and award-winning aviation group, overcoming the ups and downs of the aviation business as well as specific African hurdles. Ethiopian begins a year-long celebration dubbed “Celebrating 75 Years of Excellence.”

COVID-19 is posing a severe threat to our industry today. We elected to tighten our belts, modify the way we do business, and be adaptable in order to overcome this problem. We’re still the only commercial airline that hasn’t asked for a bailout and hasn’t laid off a single person.

I’d like to take this occasion to reaffirm our commitment to long-term aviation sustainability and to continue working with all stakeholders to improve Africa’s air connectivity. While congratulating all Ethiopian families, I’d want to express my gratitude to our valued consumers for their unwavering trust, dedication, and support.”

The four pillars of Ethiopia’s growth plan are credited with the country’s prosperity. Human resource development, a modern fleet, infrastructure development, and technology are the four foundations. It will continue to prioritize these foundations, with a renewed emphasis on long-term sustainability. It will also continue to share its technical and management experience with other African airlines and governments in order to build a strong, competitive airline business in Africa. 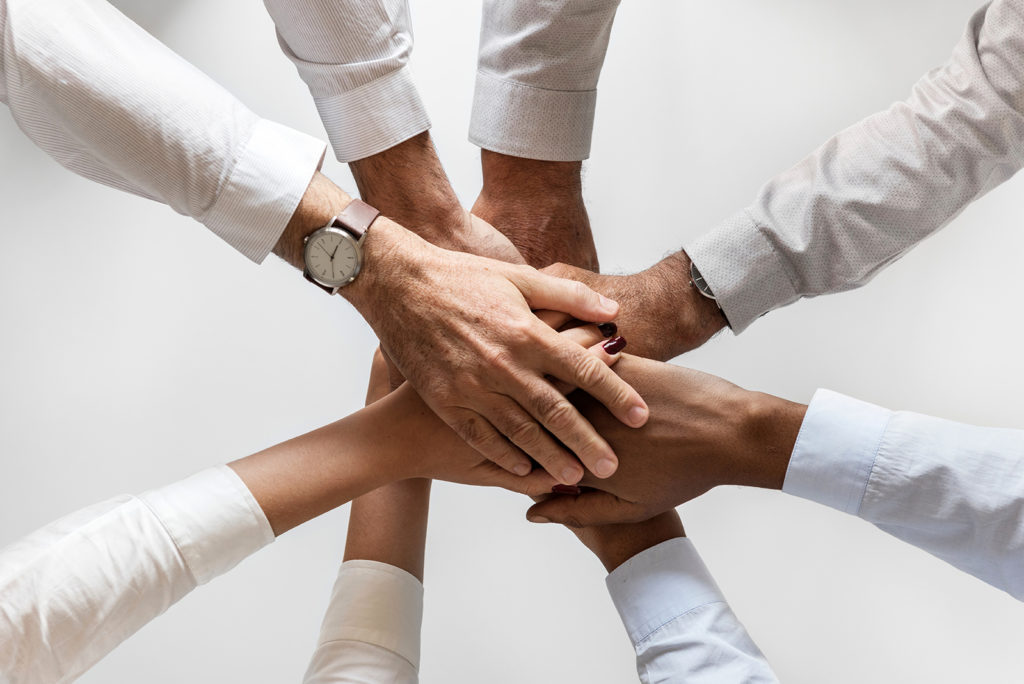 ‘’In line with our Diversified Aviation Business Model of Vision 2025, we have been developing our cargo capacity in fleet, ground service infrastructure, and cargo connectivity network,” Ethiopian Airlines Group Chief Executive Officer Mr Tewolde GebreMariam stated. As a result, we’re teaming with IAI, a global technological leader in the aerospace sector, to create a cargo conversion center in our Addis Ababa Airport MRO facilities. The Cargo Conversion Center will begin operations with three B767-300 aircraft owned by Ethiopian Airlines. The Cargo Conversion Centre at Addis Ababa International Airport will expand its services to include all African and regional airlines. We are very pleased to be able to cooperate with IAI to grow our cargo and logistics services, which are now the largest and most comprehensive in Africa. We will be able to increase our MRO services using cutting-edge technology and knowledge transfer as a result of the capacity building.”

“We are witnessing a substantial spike in the demand for cargo planes as a result of the rise in e-commerce, which rose to record levels during the COVID-19 pandemic,” said Yossi Melamed, IAI’s Executive VP and General Manager of Aviation Group. IAI has a strong reputation as a passenger-to-freighter aircraft conversion center, and we are continually receiving requests to create such centers in new places across the world. I’m looking forward to the launch of the current center in Ethiopia, and I’d like to thank my colleagues at Ethiopian Airlines for putting their faith in IAI’s Aviation Group as the world’s leader in conversions.”

The new passenger-to-freighter conversion center, which will be based at Ethiopia’s MRO center in Addis Ababa, will address the growing demand for B767 cargo planes. The Ethiopian conversion line will be added to IAI’s current conversion sites at its Ben Gurion International Airport campus and in Mexico.

It should be remembered that Ethiopian MRO temporarily changed 25 of its passenger planes to freighters to increase cargo capacity when demand for emergency medical supplies skyrocketed.